A game which aligns your ethics against a philosophical school of thought.

We designed and created an interactive game to support a BBC TV series about philosophy. The game asks learners to make moral judgments in response to several case studies. Personal opinions can be compared with those of several philosophers, allowing the user to relate to a particular school of thought.

Results from the game are collected to allow for comparisons with the public vote. All comparisons are displayed in vibrant sliding bars, highlighting the difference between philosophical stances. Learners can share their score on Facebook or Twitter, which created a viral effect amassing over 26,000 unique visitors in 6 months. 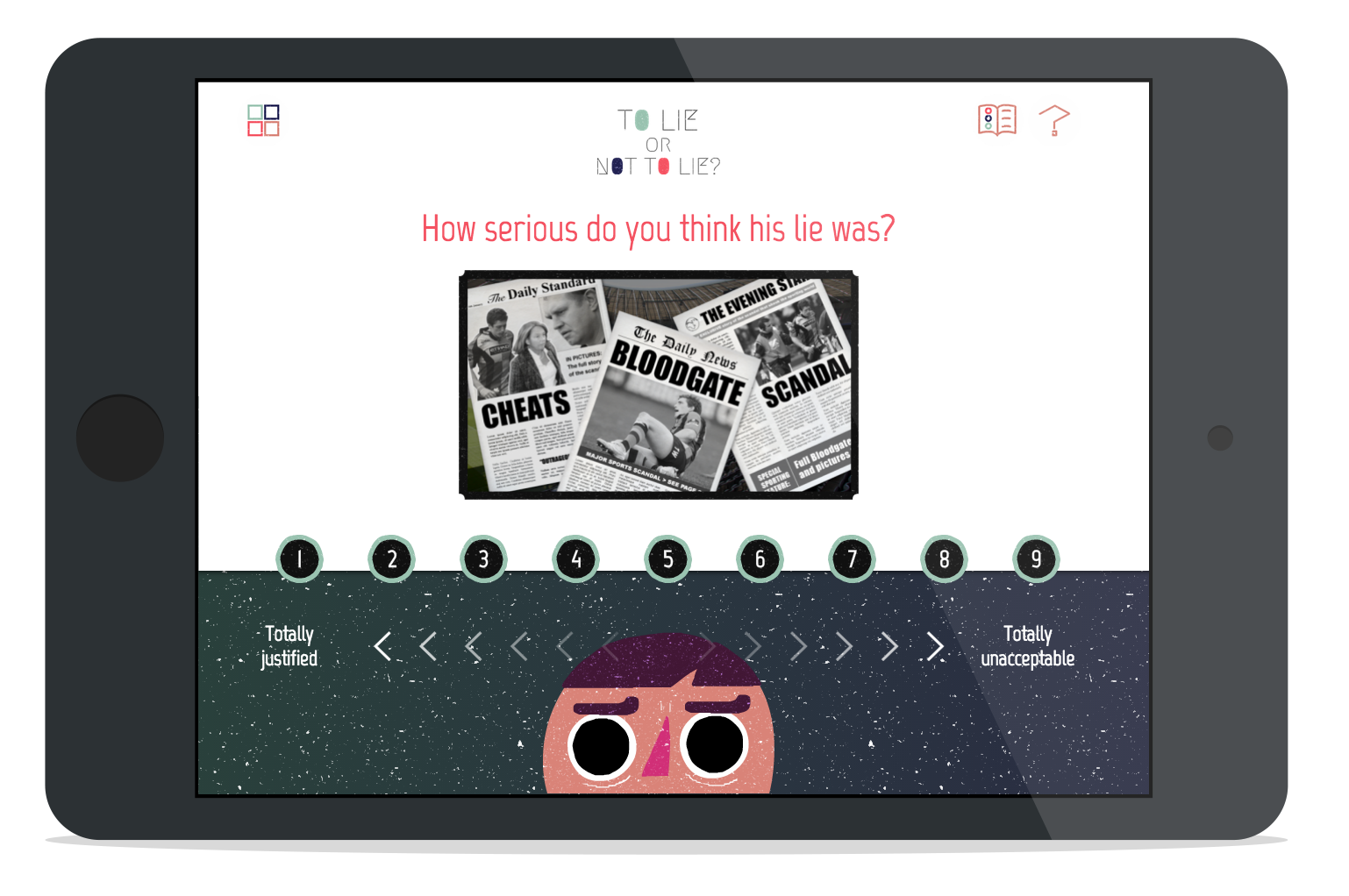 The user rates the severity of different lies, presented as short animations. 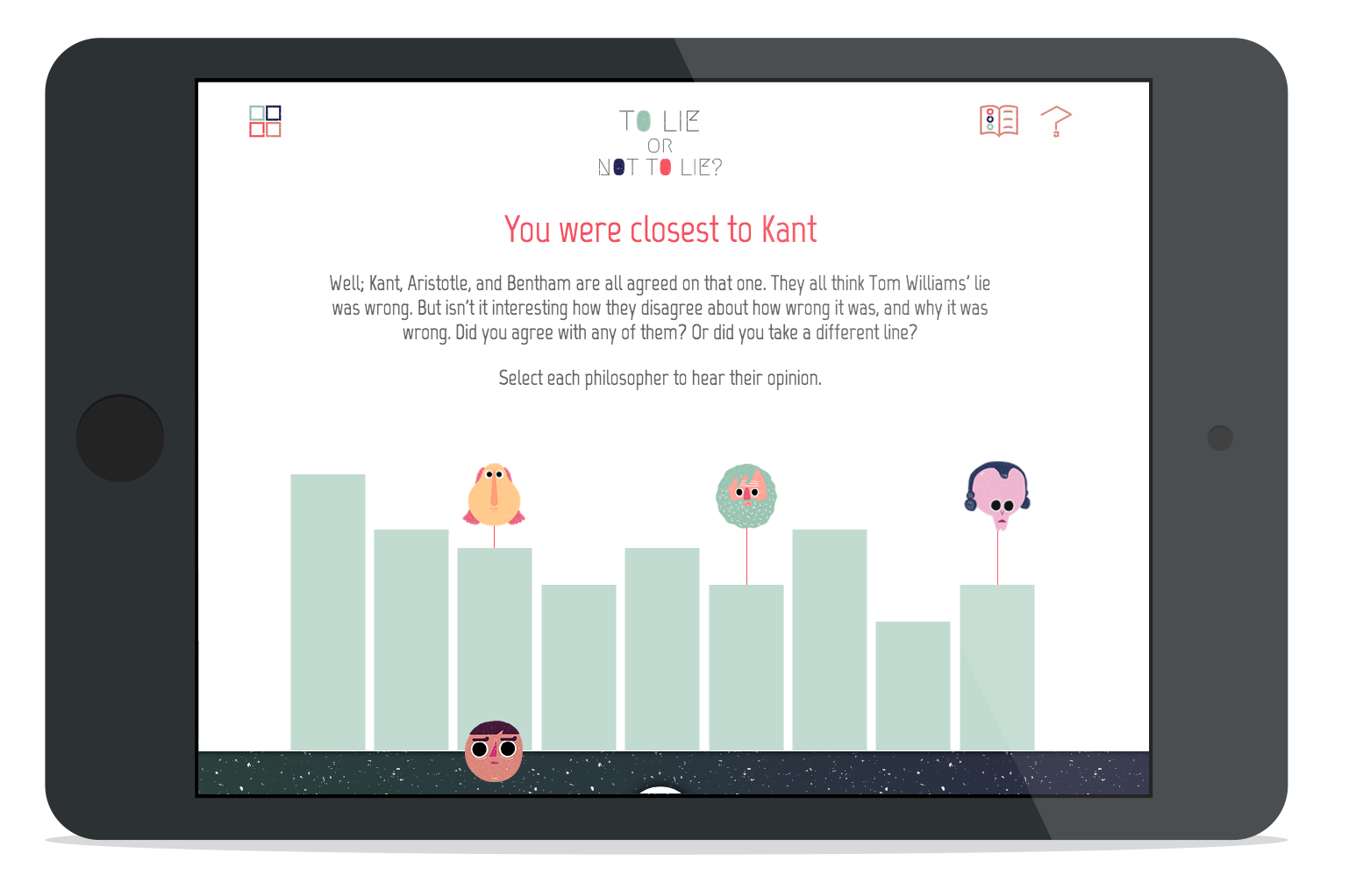 Learners compare their vote with the public and famous philosophers. 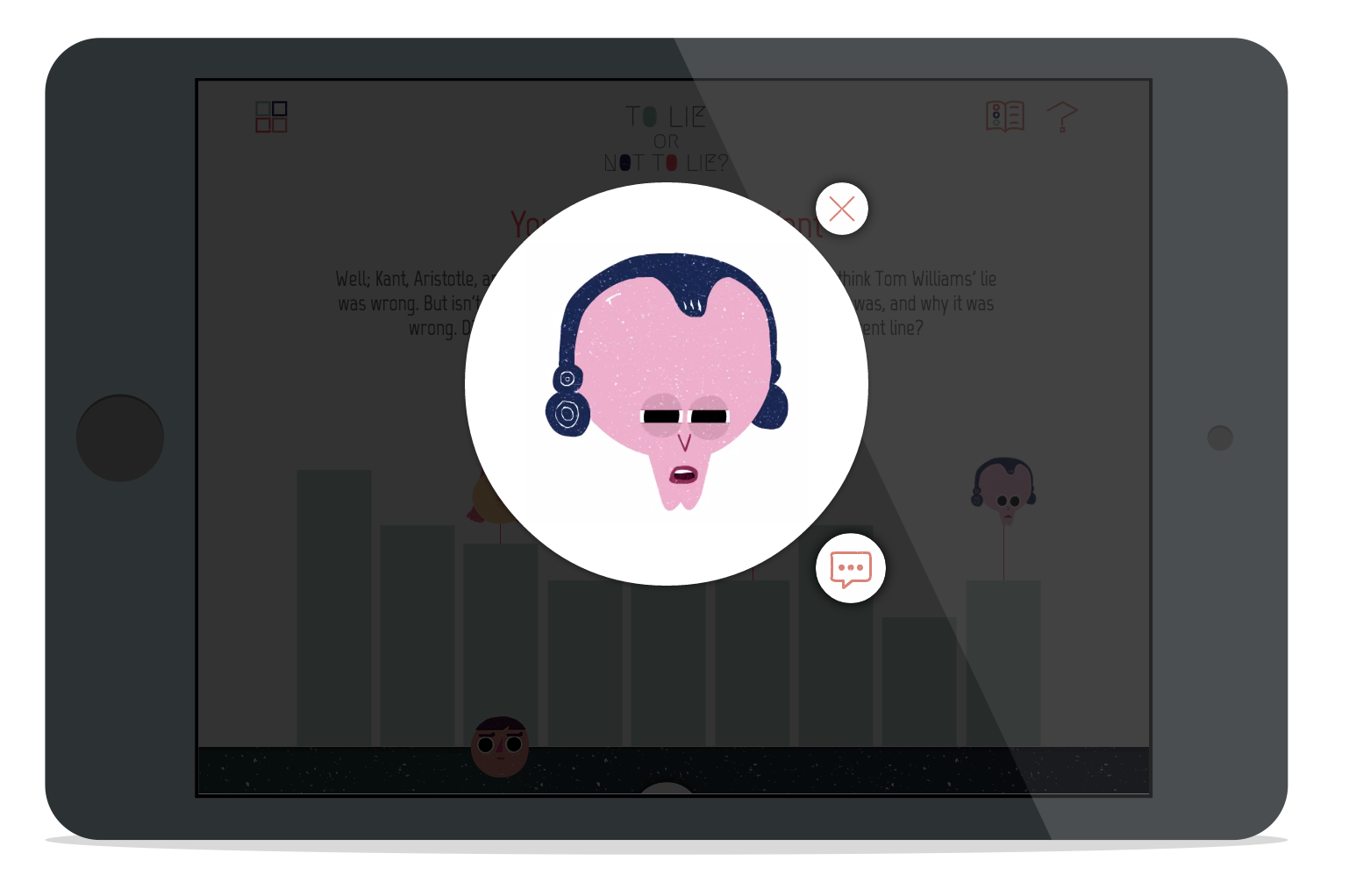 Video animations explore how each philosopher might view that lie.