A quiz to determine whether common traits are hereditary or influenced by environment.

This interactive game supported a BBC series about twin studies.

We recreated factual elements of the series in a play environment, allowing learners to indicate how heritable they think different character traits are. These decisions are stored in a database, which can be used by academics to measure public perception, as well as provide a comparison for learners.

In addition we created two animations which explain the principles of inherited genetic traits as well as the theory behind twin studies in a way which can be easily grasped. 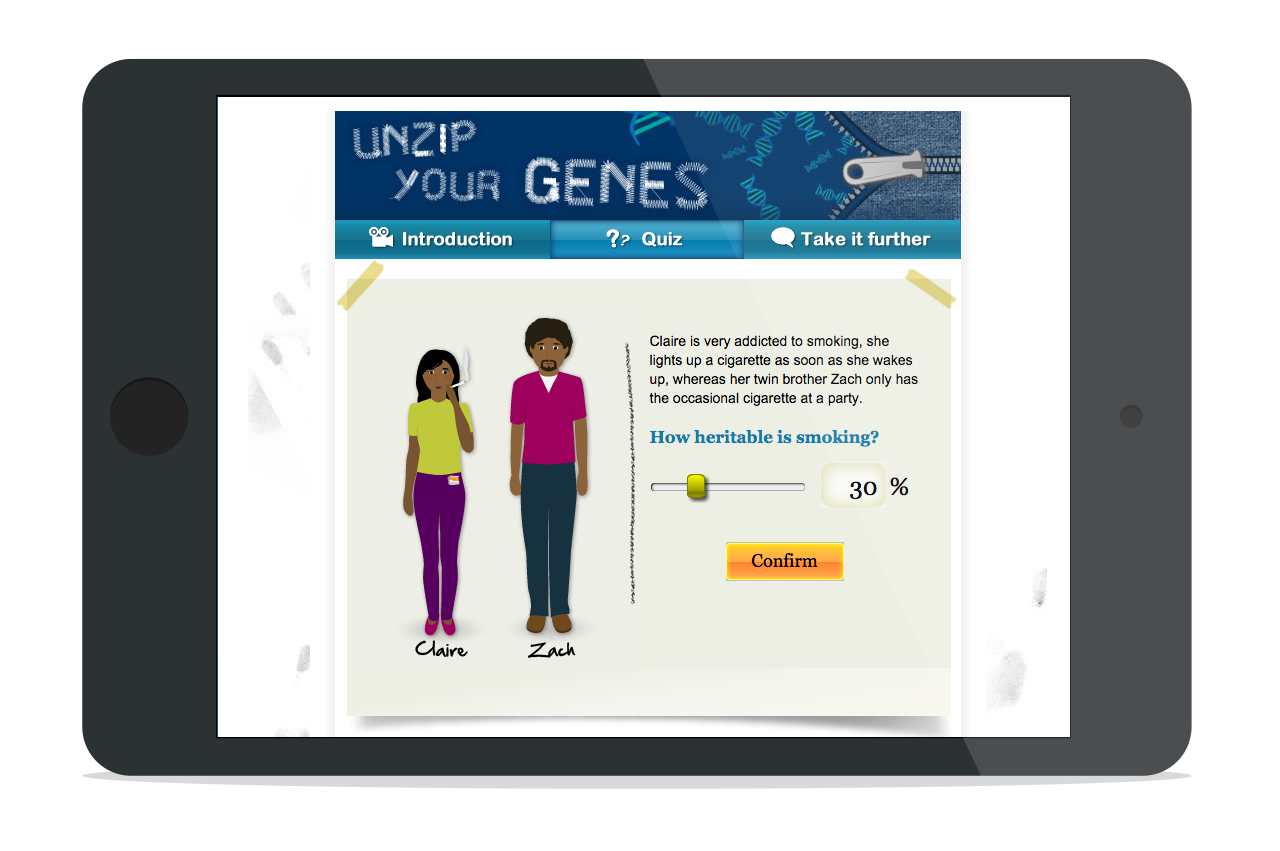 Example of decision point and interactive slider. A value can be input via the keyboard for people with accessibility requirements. 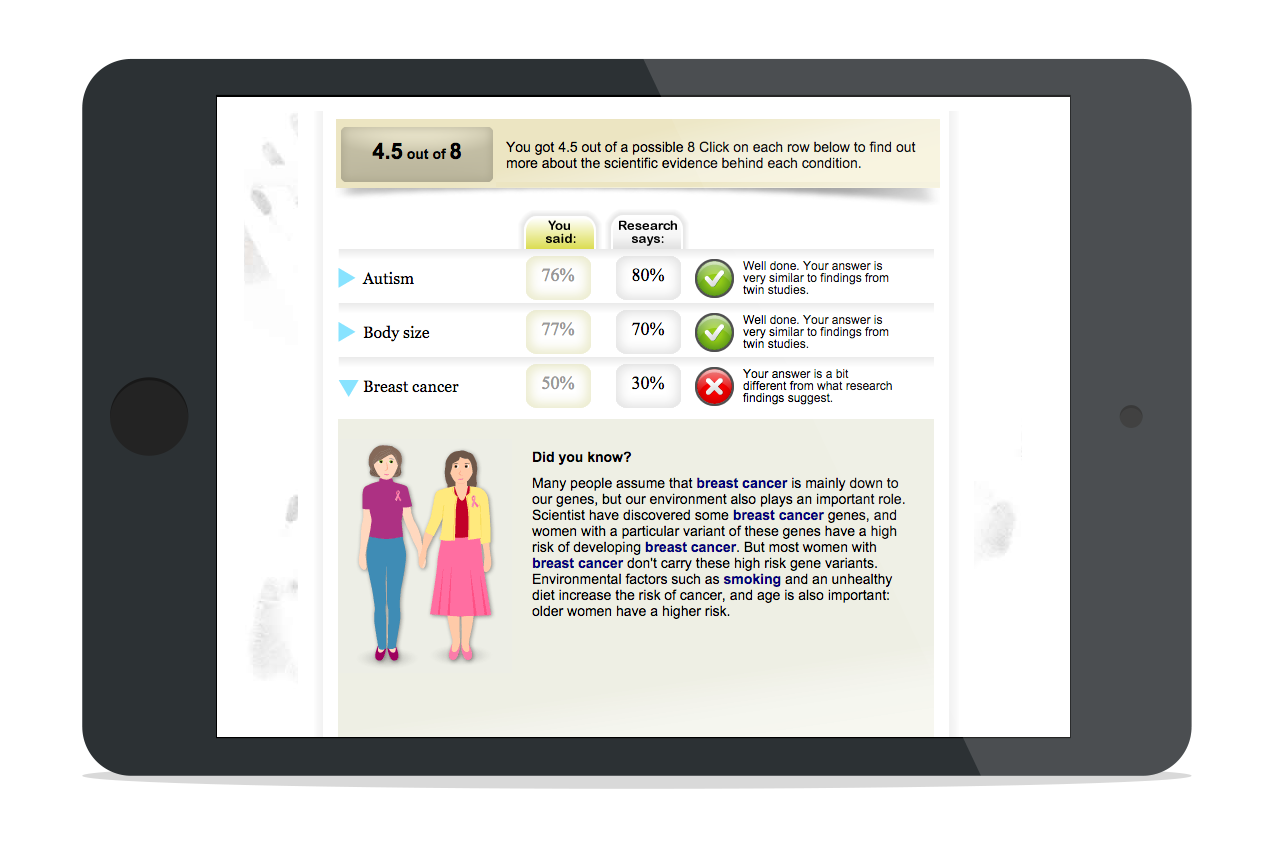 The feedback panel allows the learner to drill down into the content that interests them. 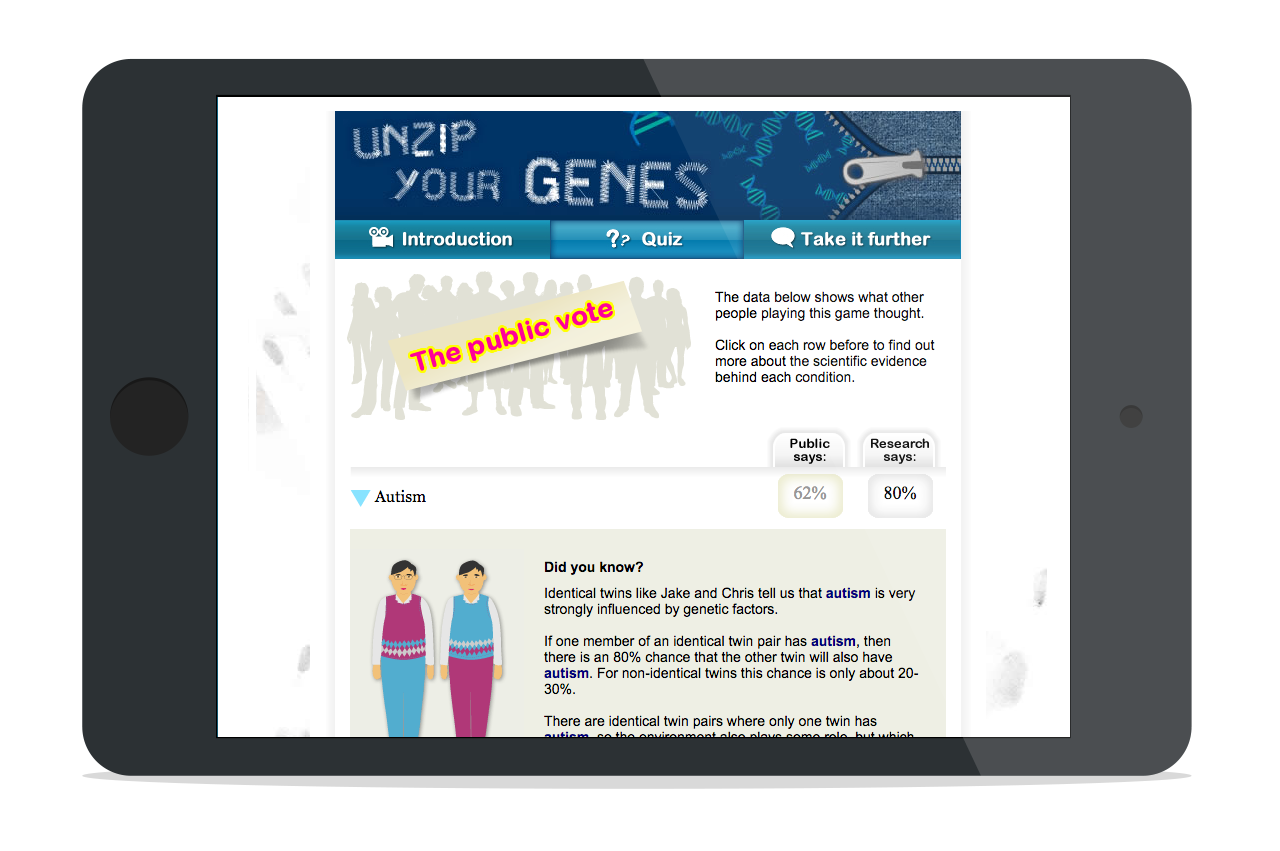 An animation to show students how twin studies can explore whether or not certain traits are genetic.